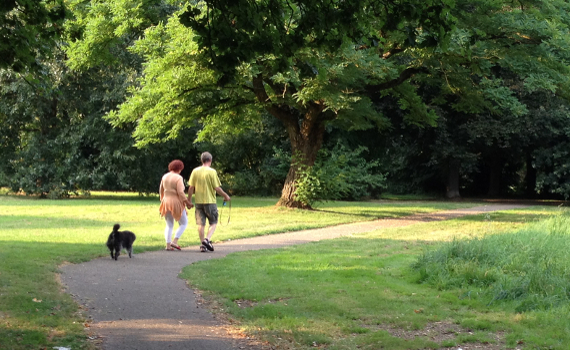 In (re)designing of slow traffic routes, it is important to assess the social safety of these routes as well as their potential contribution to the social safety of the area as a whole. It is therefore good to evaluate the position of the routes and to compare different alternatives. Some places are visited less frequently due to their relative location to other streets and can be enlivened by a clever positioning of pedestrian and bicycle routes. A good example of such an approach can be found in the SSUD project in the city of Eindhoven. Vaartbroek and Eckart

The design of pedestrian and bicycle routes is important in influencing how people experience the neighborhood as a whole and their concept of its character and atmosphere. In addition, visibility is important both in terms of social safety and quality of life. Buildings should be oriented to the streets and not (as we see more and more in contemporal housing estates) turning their backs to passers-by. A pedestrian or bicycle route that runs along the front of houses, is usually more visible than routes that are facing the rear of houses. By using strips of grass and low-growing plants and ensuring that residents do not build high fences, routes can keep an open character and natural surveillance is facilitated.